Full disclosure: I have never actually been to Vietnam nor fought in a war over there. So therefore, I can’t “technically” have a flashback to ‘Nam. But I’m pretty sure that during last week’s heat wave, I had the closest approximation a civilian can get to having that experience.

As the temps continued to climb into the 100’s here in New England, suddenly I was thrust back to the five years I spent living in South Texas. While I may have actually been walking down Newbury Street in Boston, in my mind’s eye I was back in that steamy (non)jungle, whimpering and rocking in the fetal position as my sobs mixed with my sweat.

For those of you who have never been to Texas, or anywhere in the South during the height of summer, there are a lot of ways you could describe the “seasons” down there:

But personally, I think the best way to sum up the seasons down there in regards to my personality is: Homicidal and Slightly Less Homicidal.

Now, you may be thinking, “If Texas is so unbearably hot, how come so many people live there?” And the answer to that is very simple.

I am 100 percent a super-mega-ultra-wussy when it comes to heat. And the rest of the world is, in fact, not.

…when I got hot, I turn into this: 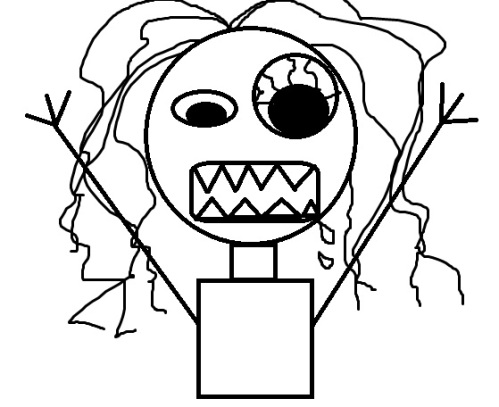 To most people, being hot is a natural occurrence that happens from time to time and is no big deal. To me, however, being hot is akin to the end of the world and makes me want to stab little baby bunnies in the throat.

And the thing is, I don’t know why. I don’t know what it is about my chemical makeup that makes me turn into the Hulk (APRILL STAB BUNNY!) when it gets above 80 degrees. I see other people out and about, enjoying their days during the summer and not frothing at the mouth with one eye bulging out of its socket a’ la Mr. DeMartino from “Daria.” And I wish more than anything I could just deal with the sweating and the heat index and the steaminess rising from the concrete and the SWEATING AND THE STICKINESS AND THE SUNSHINE AND DID I MENTION THE SWEATING AND AHHHHHHH!!! DIE, BUNNY, DIE!

Anyhoo, the good news is the heat wave is finally over and Boston is back to seasonal temperatures…meaning I’m back to my old, non-bunny murdering, self. And I gotta tell you, it’s good to be back.

That is, until this weekend, when temps are supposed to climb back up into the 90’s… 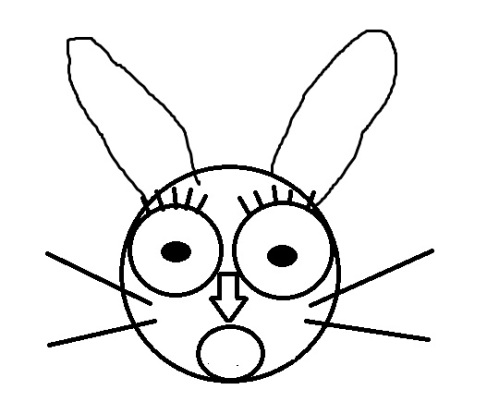 *No bunnies were harmed in the making of this blog post…too bad I can’t say the same for that raccoon.

It’s not always easy coming up with new subjects to write about (it doesn’t help that my go-to cure for writer’s block is drinking beer).

But every once in awhile, something comes along that makes it just too easy. Like, say, two smartie pants from the University of Michigan doing a survey to find the top 50 meanest cities. And then giving the title of No. 1 big, bad meanie to my new city of Boston.

Considering gifts like this don’t happen very often (especially since Tom Cruise has apparently temporarily jumped off the crazy train) I jumped all over it in my latest Weekly Dig Post: The Trolley Trollop: Wicked Mean.

So read it. Or else I’ll send a bunch of Bostonians over to your house to give you a nuclear wedgie.

So, for the 11 of you that actually read my last post (oh yeah, I checked the site stats…I’ve officially doubled my audience, bitches), you know that me and my dog Buffy have been having some relationship problems as of late. It finally got so bad I had to lay down the law and give Buffy the 10 Canine Commandments.

Granted, I hated that I had to do it because I like to think of Buffy and I as partners-in-crime, but our house was dangerously close to turning into Sodom and Gomorrah (oh God, that poor, poor pillow…I don’t think it will ever recover) and something had to give.

As such, I climbed high onto the couch and read Buffy the following:

I am the Human, your Owner, who brought you out of the land of Shelter. Thou shall have no other owners before me.

Thou shall not make any other Human your idol. Thou shall not shake or play dead for them, nor lick their nose in an affectionate manner; for I am a jealous Owner.

Thou shall not bark in vain, such as when thou hears a noise anywhere within the tri-state area. Thou shall bark when a serial killer named Meatclaw enters thy house.

Observe the ball and go fetch it, as the Human, your Owner, has commanded you. For six times straight you shall do this, resting on the seventh, for your Owner is now bored and no longer wants to play.

Honor your mother and father, (thy human version, not canine, because the latter didst totally abandonth you…and, let’s be honest, might have tried to eat you) so that your days may be long and not filled with newspaper swats.

Thou shalt not kill, unless it is a spider in the house, in which case, your Owner commands you to eat it, for spiders are an abomination in my eyes.

Thou shall not commit adultery unless thou has been neutered. Thou shall also not lay with a pillow or thy Owner’s friend’s leg as thou would with another dog, for that is an abomination in my eyes as well.

Thou shall not steal thy Owner’s underwear from the hamper and drag it out in front of company. Nor shall thou think it is a game when thy owner tries to retrieve the underwear and run around the house in a playful manner, underwear still firmly entrenched in your mouth.

Thou shalt not poop in thy neighbor’s yard.

Thou shalt not covet thy dog down the street’s bone, or squeaky toy, or dead bird, or non-neutered and spayed body parts.

Dogs are from Pluto, Women are from Venus

There comes a time in every relationship where you begin to re-evaluate just what the two of you are getting out of the whole deal. If the good times are still outweighing the bad times. If that spark you once had is still burning.

For me and my baby, that time is now.

To be honest, I never thought it would come to this. We’ve been through so much together. I had heard of other people who had gone through some of the same problems and ended up splitting up, but I always thought “Oh no, not us.” But now, I just don’t know if there are enough bacon-flavored treats in the world to fix this.

Naturally, of course, I’m talking about my dog (although you’d be surprised how many problems I’ve fixed with my husband by offering him bacon-flavored treats).

In the span of just a couple of months, Buffy and I have gone from best friends to a bickering old married couple. And yes, I realize that every relationship goes through its ups and downs and that this is probably just a rough patch for Buffy and me. But still, there is that small nagging voice in my head that wonders if we can still make this work.

It all started to go downhill when I switched from having a regular 9-to-5 job to writing from home. It was great at first. There was time for long walks in the park and cuddling on the couch. But eventually all that quality time together began to wear on us both.

My dog has always been quirky and a bit on the neurotic side (that’s what we call an understatement, kids). But now that I’m home most of the time, he has really let his freak flag fly.

And when he’s not doing things like licking the couch and cowering in the corner trying to hide from a common house fly, he’s bugging me every five minutes. It’s gotten so bad that I can now recognize his barks.

Soft double bark: The waterbowl is empty, yo.

Slightly louder triple bark: I’m not completely out of food but I can see the bottom of my dish on one side and felt I should alert you that the contents of said dish are now below 30 percent.

Bark followed by supersonic yip: No one is paying any attention to me so I strew my toys all over the house in that manner in which you so hate. Are you paying attention now? Oh good.

It’s not all his fault, however. I mean, I get minimal human contact every day. As a result, I find myself treating Buffy more like a person and saying things like:

“I don’t care if the cat next door gave you a funny look. We don’t bark like that. Ever. Unless I’m being chopped up into little pieces by a serial killer. Or the TV got stuck on the Disney Channel during a ‘Hannah Montana ‘ marathon. THEN we bark like that, OK?”

“No, that collar doesn’t make you look fat.”

And on our daily walk in the park, I actually got into a public argument with him:

“Seriously? Do you really have to pee on everything some other dog peed on? You ran out of urine like two miles ago.”

“Hey, I’m just saying. Some other dog is just going to come along and pee exactly where you just did. The whole thing seems kind of fruitless to me.”

“How dare you. And where did you get such a potty-mouth? No more HBO for you, mister.”

In an effort to give us both back our sanity and repair our relationship, I even tried to teach him some tricks so at least all this quality time wouldn’t be completely moot. I started out simply at first, you know, with “shake” and “go get me a beer.”

But then I watched an educational documentary on how smart dogs are, especially border collies. Considering my dog is a mutt who could pass for a border collie if you squint your eyes really, really hard, I decided to go a bit more advanced. So, just like the guy in the film who taught his dog to fetch more than 100 dog toys by their individual name, I named all of Buffy’s toys and then taught those names to Buffy by shoving the toy in his face and shouting the name ad nauseum. Surprisingly, he caught on right away.

And lo and behold, he did. Thrilled, I then said, “Go get Hambone!”

And lo and behold, he brought me Christmas Tiger!

And he brought me…Christmas Tiger!

Rocky as our relationship is right now, however, we’re both determined to make this work. For better or for worse, we chose each other for a reason. And I have a feeling we will get through this stronger than ever, mainly because we have two very important factors on our side:

1. We love each other deeply.

2. Buffy is pretty much 100 percent dependent on me for food and shelter.