You guys may remember when I wrote a few weeks ago about how I quit smoking. If you don’t remember, let me quickly sum it up for you:

I quit smoking. People got hurt. Property got destroyed. At one point, the National Guard was called in to shoot me down off of a skyscraper. The end.

And I am happy to report that not only am I still 100 percent cigarette-free today, but the casualties list has significantly shortened thanks to my nicotine cravings finally dying down. In fact, my husband hasn’t had a frying pan or the complete works of Shakespeare hurled at him in eight days, a personal best since I started this journey.

And that’s not all that is new. I’ve actually been on a bit of a health kick lately. For instance, I hardly drink soda anymore. My coffee consumption, which was dangerously close to reaching “unemployed writer hanging out at Starbucks” proportions, has been reduced by 90 percent. I no longer eat hot dogs or other meats that I can’t readily identify what animal it came from. Believe it or not, I also haven’t had a drop of alcohol in months (which, alas, also resulted in some casualties…but don’t worry, the vet said our dog only suffered psychological trauma and physically is fine). And I’m trying to eat at least one vegetable a day as opposed to my usual one vegetable a month when my husband tries to sneak mushrooms into his homemade calzones (oh yeah, I can taste them, babe, and they taste mushy and disgusting).

And let me tell you, after all that, I have never felt worse. Oh yeah, you read that right. All that crap about how important it is to be healthy? Highly overrated. Those granola-eating hippies are all liars. Because for 20 years my body ran just fine on all those toxic ingredients. In fact, it thrived on booze and non-organic pizza rolls. And then I took all that stuff away and suddenly I’m curled up in the fetal position at the base of the toilet for months.

Then again, it could be because I’m pregnant. (Ha! See what I did there? Buried the lede for purely comical effect! Cruel writer shenanigans!).

Yes, dear readers, yours truly is with child. Preggo. Knocked up. In the family way. Bun in the oven. Uterus status: Occupied.

Or at least, I’m pretty sure I am. I have to be honest, it feels more like a very small demon wizard has taken over my body. But my doctor keeps reassuring me that this is highly unlikely despite the fact this pregnancy feels more like the movie “The Exorcist” than any kind of blessed event. Seriously, if you could see the things coming out of my body, you’d be wondering too. Not to mention, the violent mood swings (the weather makes me angry, that Snickers commercial makes me laugh like a mad woman, paprika makes me cry), the vivid dreams where I keep getting lectured by Bill Cosby, my sudden intense cravings for red meat that are so strong I’ve seriously contemplated taking a bite out of a live cow; all signs that point to demon wizard in my hormone-drenched brain.

That said, however, even if I do end up giving birth to a demon wizard (I’m still 70 percent sure I might), I couldn’t be happier. And that demon wizard will be loved unconditionally and dressed up as an adorable tiny bear next Halloween.

Which is why as I’m limping my way across the first trimester finish line, I wanted to share the news with all of you. Even those of you out there who truly hate it when women document their pregnancy journey in a public forum.

Because you know I’m gonna. The fun is just beginning, friends.

Tips to Beat the Heat (To Death)

Curl up in the fetal position in front of a fan and sob.

Lose an obscene amount of weight so you have absolutely no body fat and are now one of those lollipop heads who wear fur coats in the summer. 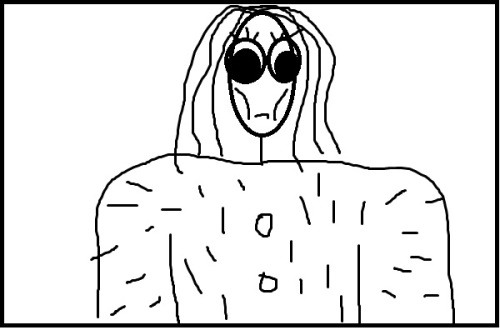 Make an altar to the air conditioning gods and pray regularly that there are no rolling blackouts. 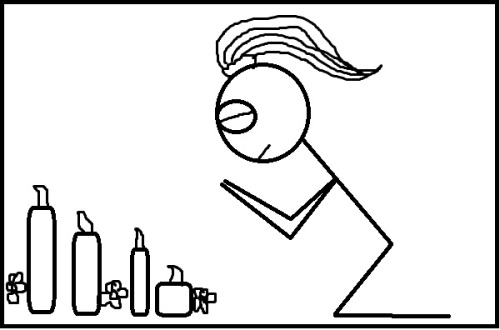 Drink alcohol until you can’t feel anything, even humidity. 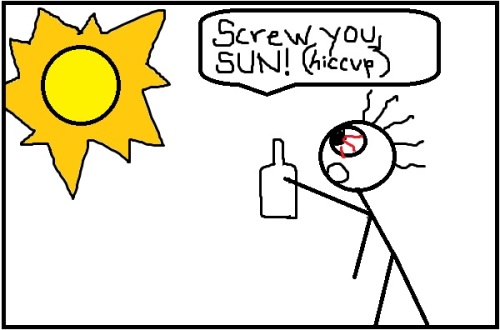 Get nekkid. Stay nekkid until October. 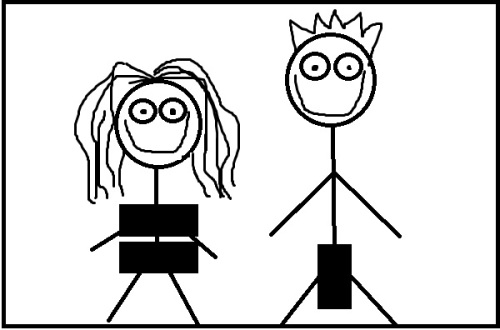 Stick ice cubes down your pants by your no-no parts.

Quitters get a bad reputation in American society. But I’ve always been a bit of a rebel (I totally cut off that tag from my mattress even though it explicitly states you shouldn’t cut it off under penalty of law…Ha Ha!).

And so it is with great relish that I can announce that my momma did, in fact, raise a quitter.

After years of failed attempts, I have officially been smoke-free for two weeks. Yes, I haven’t had a cigarette in 14 days. Needless to say, I’m extremely proud of myself. I mean, that’s 336 hours without lighting up. That’s 20,160 minutes without that sweet, sweet smell of cigarette smoke surrounding me. That’s over one million agonizingly slow seconds that tick by so loud you can feel it in your very blood. Tick…Tick…Tick…

AH! I CAN’T TAKE IT ANYMORE! SOMEONE GIVE ME A CIGARETTE BEFORE I BURN THIS PLACE DOWN!

(Stuffs face with entire one pound bag of M&M’s).

OK. OK. Much better. Sorry about that. As I was saying, this is quite the accomplishment for me. I’ve been a smoker since I was a teenager, which I blame on coming of age in the 90’s, a decade where the only thing for young people to do was sit in a bowling alley and chain smoke while looking like what hopefully passed for jaded. Although sometimes we young people did switch it up and chain smoke at the mall while looking like what hopefully passed for disgusted at the mindless consumerism surrounding us.

But that was only on special occasions.

After college, smoking had become more than just a thing I did. It had become a regular part of my personality. And as I began my writing career, it became an integral part of my creative process. There’s nothing quite like typing away like a mad woman as a cigarette dangles out of your mouth, the smoke slowly coiling up, making you feel a connection to the writers of yore who also wrote with a cigarette dangling out of their mouth and suddenly you feel like Hemingway and glamorous and important but then you quit smoking and have to write without a cigarette and now every word sounds stupid and when you get writer’s block YOU JUST WANT TO BURN THIS PLACE DOWN IF YOU DON’T GET A CIGARETTE RIGHT NOW!

(Gobbles down entire family-sized bag of Flaming Hot Cheetos, bag and all).

OK. Where was I? Ah, yes. How incredibly wonderful smoking is. I mean, how bad and horrible it is.

Because now that I’m in my 30’s, it’s more than past time I quit. If you add up the health risks, the ridiculous cost and the fact that thanks to one too many anti-smoking campaigns, smokers are now a step below pedophiles on the social scale, it all equals out to not being worth it to smoke anymore.

OK, OK, you caught me. It’s just the cost. I couldn’t care less about the other stuff. I’d gladly look 70 when I’m 40 and smoke in a dumpster since everywhere else is banned from smokers if a pack of cigarettes still costs two bucks.

But they don’t. They don’t cost even close to that anymore. Stupid anti-smoking zealots lobbying Congress to continually raise taxes on those sweet, sweet boxes of death that taste like rainbows and unicorns and are the only friends you can depend on AND FOR THE LOVE OF JOE CAMEL WILL SOMEONE GET ME A CIGARETTE BEFORE I SET FIRE TO THE NEXT PERSON WHO WALKS BY ME!?

But in all seriousness, I am glad that I have finally quit. It’s my first step to a healthier, longer life. And from what I’ve heard from other ex-smokers, it only gets easier with time.

So, who knows? Maybe here in a month or so I can finally leave my house again and interact with society without punching elderly women in the face (again, I’m so so sorry about that, Agnes).

And I can live a normal life that isn’t centered around being a slave to a substance that ultimately only decreases my quality of life.