Tag Archives: life of a freelancer 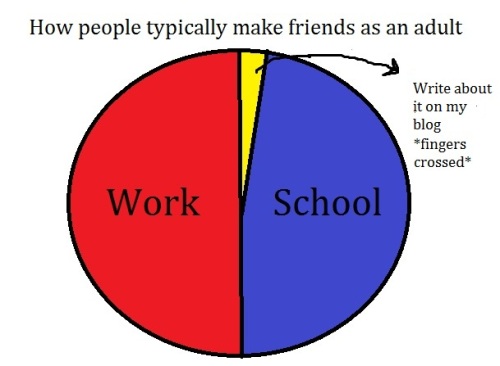 The one thing about moving to the city and being just another face of the faceless masses?

It can be hard to make new friends.

In the year or so that I’ve been in Boston, I’ve managed to snag a small group of good friends that I occassionally get to see when our (OK, their) schedules allow it (I’m a freelancer…my schedule is as wide open as Paris Hilton’s legs). However, these friends are all somehow or other related to my husband’s job, meaning the number of friends I’ve made on my own is…let’s see…carry the one…divide by pi…yup…zero.

Because you know what makes it really hard to make new friends? When you work from home, are no longer in your 20’s and happen to be married. Because you know what’s really creepy? Having a married 30-year-old freelance writer come up to you at a bar and ask if you want to be besties. 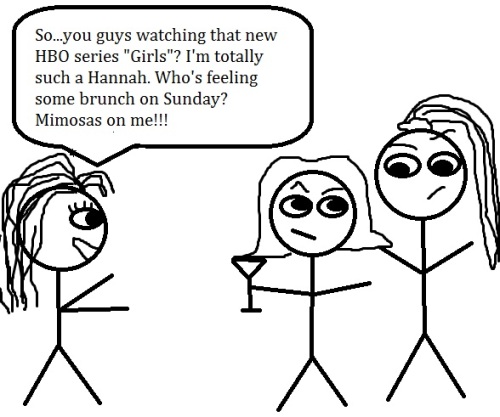 Of course, it doesn’t help that Boston isn’t necessarily known for being a city full of friendly, happy, shining faces (voted Meanest City in America, ya’ll!!!! Woot!). And it also doesn’t help that I’m not necessarily what you’d call a “joiner.” Unless your book club, sewing circle, writer’s collective, flash mob, steampunk convention or volunteer organization is meeting at the bar, I’m likely to just stay at home (and drink).

Granted, the vast majority of articles on this subject belong to Mommy Bloggers, who are lamenting the fact they don’t know how to make friends anymore since their life has been reduced to wiping up the various fluids and semi-solids that spew forth from their offspring. Which didn’t help me much considering 1. I don’t have kids and 2. I think having kids would be a super easy way to make friends. You literally have an adorable 13-pound excuse to talk to someone else with an adorable 13-pound poop machine.

Because you know what else is really creepy? Having the childless 30-year-old woman come up to you at the playground and start trying to bond with you over how taking care of her neurotic dog is just like what she imagines taking care of a baby is like.

(Although in Buffy’s defense, he is wicked smart for a dog. Yes him is. Him such a smart, wittle puppeh).

The rest of the results were pretty much lame tips on how to make non-sexual adult friends, like join a gym, start a hobby, go to church and hang out at Starbucks, all of which are qualities I am not looking for in a friend.

Well, although it hasn’t worked so far, I think I’m going to continue with my Lazy Friend-Making Plan (mainly because it doesn’t involve putting on real pants), which is two-fold:

2. Finally work up the courage to ask my hairstylist, Vildan, out on a friend date, since I’m pretty sure we’re soul mates. Although there’s a good chance that could blow up in my face due to the Hairstylist Theory.

(Quick summary of my Hairstylist Theory: They are trained like courtesans, skilled in the art of flattery and anticipating your every need, which is why we all want our hairstylist to become our best friend. Alas, for them, it’s just strictly business. They tell all their clients they have amazing cheekbones.)

And in the meantime, I’m going to take my dog to the park so he can terrorize little children as I chat up their moms.

“Isn’t he just the cutest! What’s that? Oh, no. They’ll be fine. He’s neutered. And he only humps the kids he really likes.”