Now that I’m in my mid-30’s, I like to think I have a good handle on my strengths and weaknesses. For example…

Pronouncing the names of fancy wines

Eating only one doughnut.

It’s that last one that I’m now having to confront (she types while dipping her third doughnut into a glass of unpronounceable fancy wine). See, I am a lifelong renter. I’ve lived in three states, moved into six different places, and throughout it all I’ve managed to dodge this Great American Milestone.

In fact, very few things in this world make me more exhausted than even the mere thought of buying a house. It’s just so involved. So complicated. So very, very boring. The whole home owner rigmarole doesn’t interest me in the least. I’m horrible at interior decorating (every room should just be filled with overloaded bookshelves). I’ve never gardened (my windowsill basil plant left a suicide note). And I’ve survived quite well thus far not knowing what any tool besides a hammer is. 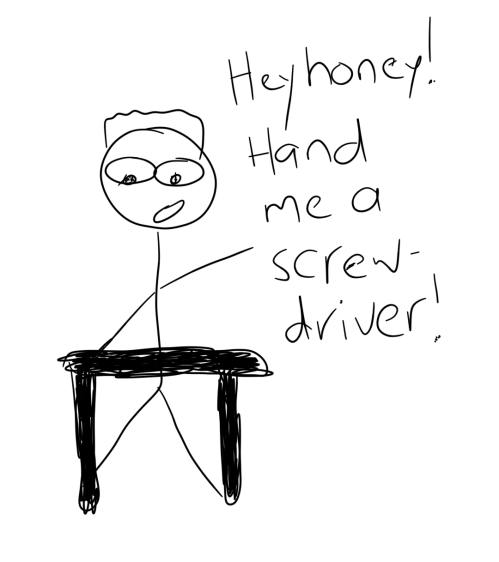 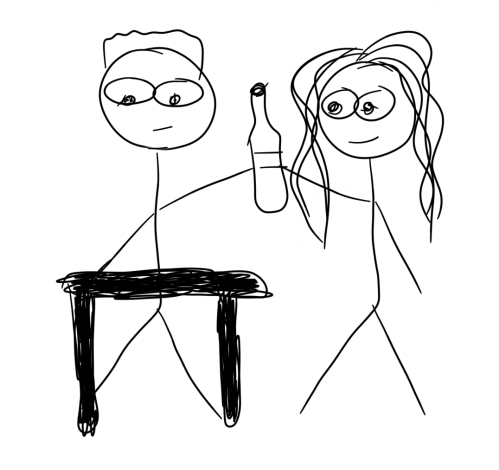 If it were up to me, I’d just move into an abandoned library and leave it as is. Each kid would get their own shelf to sleep in and I’d build us a couch out of Stephen King paperbacks.

Speaking of kids, I made two of them. I made HUMANS. From SCRATCH. And it was still less painful and panic-inducing to me than buying a house is.

Because for all the incomprehensible things my kids do, they have never asked me for a $43,000 down payment. Or asked me to figure out what the hell an escrow is (not a bird, in case you were wondering, like I was).

I mean, it’s a house. Shelter. One of humanities basic needs. We used to just murder a bunch of trees and stick ‘em on top of each other and be done with it.

But trying to procure one now (especially when you live on a budget that includes arguments over how many paper towels someone just wasted because paper towels ain’t cheap, RYAN) is completely overwhelming.

The whole process needs to be vastly simplified. Here’s how it should go, in my opinion.

Tell whoever I see first at the bank, hey, I would like that house.

Pay us this reasonable amount every month for 30 years, random bank clerk responds.

Oh, that we could just continue renting forever. Or start squatting in an abandoned library.

I want to give them these things. I really do. I just don’t know why I have to go through 24 people sporting garish blazers first (at least three of whom will be named Sharon) in order to make that happen.

I love where we live now. But short of me marrying our landlord, which my husband for some reason is vehemently opposed to, there is no guarantee we’ll be able to stay indefinitely.

So, as they say, let the house hunting begi…zzzzzzzzzzzz

This entry was posted in Family, funny, Humor, Marriage, Parenting and tagged can I just rent forever, finding a good school district, first time home buyers, house hunters, I don't want to adult, researching the housing market, should I buy a house, what is escrow, who can afford to buy a home. Bookmark the permalink.