1. You puked on her. Repeatedly. And I guarantee that at least once, she managed to catch your vomit in her bare hands when you got sick in public.

2. That gerbil/bunny/kitty/puppy/fish/hamster/bird/ferret you just couldn’t LIVE without? She’s the reason it didn’t die within three days.

3. No matter how hard Dad or anybody else tried, they could never make your favorite meal quite like she did (and probably still does every time you come home).

4. She gave up cigarettes, booze and caffeine for nine months (OK, fine, 7 and 1/2 months) for your ass.

5. You were a teenager at one point. ‘Nuff said.

6. She went to every single one of your extracurricular activities. Every. Single. One. Even when you were the third carrot on the right and had no lines.

7. You made trying to take a decent family photo sheer hell. Which is why she had to send out the same photo every Christmas for SEVEN years.

8. On average, you have almost accidentally killed yourself approximately five times a day ever since you first learned to crawl (remember the Great Firework Disaster of ’87?). You’re the reason why people say “your mom used to be so pretty.” 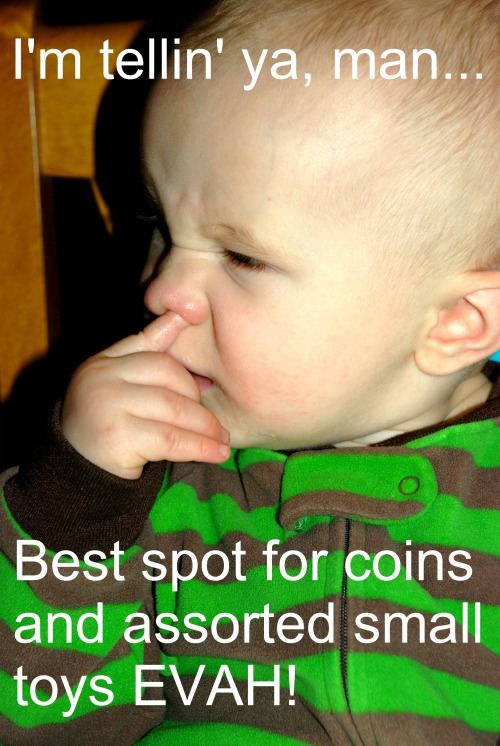 9. When she said “this will hurt me more than it hurts you” in regards to shots, vaccines, and pouring alcohol over boo-boo knees, she was telling the truth.

10. After hours of agonizing pain, she PUSHED you and your giant HEAD out of her vagina.

Now cancel that stupid-ass basket made of fruit shaped to look like flowers and go get her something better.