A swamp demon is born

I’m back, folks. Sorry it’s been so long since I posted. After a gestation befitting an elephant, I can now finally say I have a human. And not just any human. My very own human. Made from scratch, thankyouverymuch. 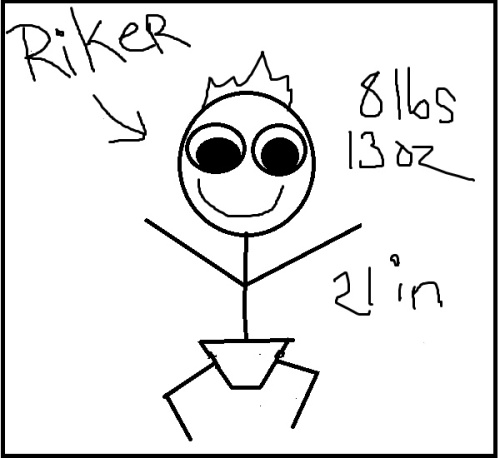 And as such, I’ve had very little time for writing, what with my days being filled with the following scenarios and all: 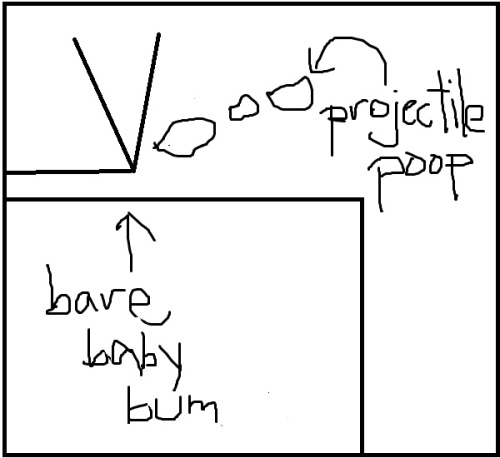 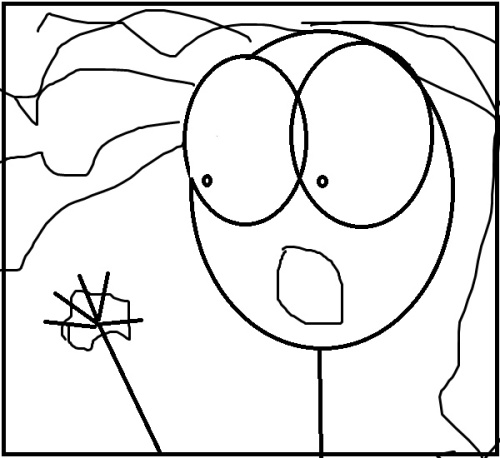 But it wasn’t easy to get here (here, of course, being an exhausted new mom with crazy witch hair and covered in bodily fluids of varying consistencies that are not her own).

Then again, it wasn’t the dramatic and chaotic tale that Hollywood likes to tell.

Oh, you know what I mean. You’ve seen it a hundred times in the movies and on TV. There she is, some pregnant woman (who gained a grand total of seven pounds…all in her boobs) out and about when suddenly her water breaks in a giant gush worthy of a scene in “Titanic.” Immediately she starts having hardcore contractions because the baby is coming RIGHT NOW. Naturally, dad is freaking out and hilariously struggling to put his pants on (which he can’t because they are actually HER pants and of course they won’t fit because, again, she has only gained seven pounds…in her boobs). Cut to him frantically pushing her through the hospital in a wheelchair while she does that weird breathing thing (because, again, the baby is coming RIGHT NOW). And then immediately after this, she is pushing with all her might while screaming PG-13 obscenities at her husband. Cut to a zoomed-in close up of his face twisted in pain because she is squeezing his hand so hard and then BOOM. The baby is out in roughly 45 seconds, clean as the pure-driven snow and definitely not screaming like some horrific swamp demon.

Now, as you parents know, this is not the way it actually happens. Especially the part about cursing (women in labor could put any sailor to shame). But for you uninitiated out there, let me show you what a real birth story is like.

First of all, and most tragically, I never got a ride in a wheelchair. In fact, I never even saw a damn wheelchair. But that is my cross to bear, not yours. So…moving on.

My story starts a week after my due date when I went to see my doctor.

Doctor: “Wow. You’re still pregnant? That must be wicked uncomfortable.”

Doctor: “How about we induce Monday?”

Me: “How about you just hand me a knife and I’ll cut him out myself?”

Doctor: “How about Monday?”

So, since apparently it’s against some arcane medical code of ethics to let pregnant women cut out their own giant, overdue babies with a kitchen knife, I arrived to the hospital promptly at 8 a.m. the following Monday. And let me tell you, the trip there was full of tense, dramatic dialogue such as:

“You got the hospital bag?”

And, of course, this Oscar-worthy exchange:

But as exciting as all that was, it was only once we got there that the action really took off. For instance, there was the moment when my husband and my mom surrounded my bedside as we all watched a movie on my laptop. Then we had to make the agonizing decision of what to have for lunch. Then there was eight more hours of watching crap on the laptop as we waited for me to dilate. Then my mom left to go take care of our dog. And my husband and I watched more movies on the laptop.

Over 12 hours later, my water finally broke. Or at least that’s what the nurse said that barely perceptible trickle of water down my leg was. Soon after that, I started to have real contractions, which was immediately followed by this conversation:

Alas, it is also apparently against that same arcane medical code of ethics to give a pregnant woman all the drugs, so I settled on an epidural, which I’m convinced is made up of unicorns and rainbows and the happy tears of a teacup pig.

And then we watched more movies.

Thirty-three hours later, however, some actual, non-sarcastic action did take place. The doctor informed us the baby wasn’t responding well to the efforts to induce him and his heart rate was dropping. With the doctor leaving the decision up to us, my husband and I quickly opted for a cesarean. And I will admit that was the scariest thing I’ve ever gone through (although that is a story for another blog).

But after what felt like an eternity, I finally heard the doctor exclaim “Look at that red hair!” and then the sweet, sweet sound of my own little swamp demon bellowing with all his might.

And that is what Hollywood, despite all its special effects and big budgets, can never fully capture: The drama and beauty and chaos of parents meeting their baby for the first time. 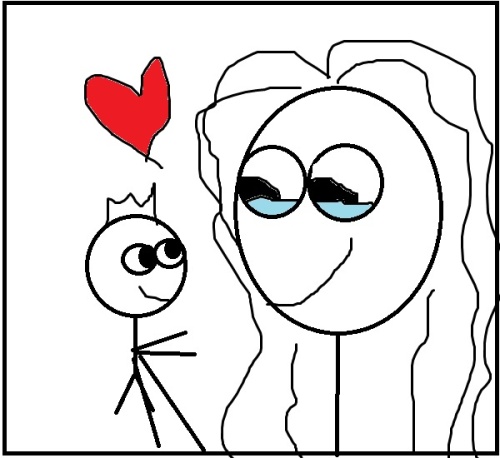 5 responses to “A swamp demon is born”