I know I’ve been writing about my dog a lot lately. And I’m sure it’s getting annoying.

But good news! I promise it will stop.

WAIT! Wait, don’t leave! I promise this will be the last time but ifyouleaveyounowyou’llreallyregretitcausethispostisatleastmildlyamusing
andit’snotlikeyouhaveanythingbettertodoandohheydidyouhappentoseewhere
typingthewordsclosetogetherlikethismadeitspelloutthewordtitheh.

Anyway, as I was saying, I’m sure you guys are tired of hearing about my dog. But in my defense, writers tend to write about things they know. And since I now work from home, most of the things I know revolve around spending 10 hours a day stuck in the house alone with Buffy.

The other thing that happens when you spend this much time at home is that you notice just how truly dirty your house is. I mean, when you leave to go to a job every day, it’s easy to ignore the pile of dishes, the crumbs, the beer pyramid on the coffee table, the hobo who has taken up residence in the southwest corner of the living room. But when you can’t escape the filth, you’re forced to deal with it on a daily basis and…*SHUDDER*…clean. Like regularly. And not on my preferred former cleaning schedule of “I can’t take it anymore…where’s the mop? Sh*t! Do we have a mop?”.

Which, brings me back to my dog. With this new cleaning habit I have acquired, I also now notice just how much dog hair he sheds on a daily basis. Whereas before I was used to the random “dog fur tumbleweed” moseying through the house, it has now escalated to “Indy running away from the giant boulder” proportions.

There’s so much hair that I’m starting to suspect Buffy isn’t even really a dog, just some mutant strain of dog fur that once rolled through a puddle of nuclear waste, became self-aware and started to asexually reproduce. 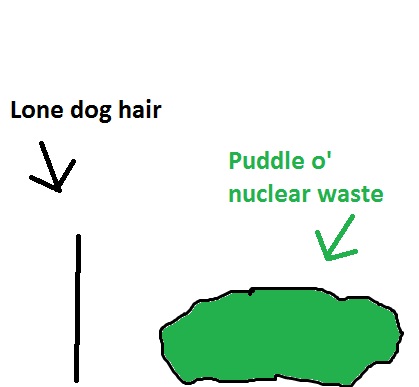 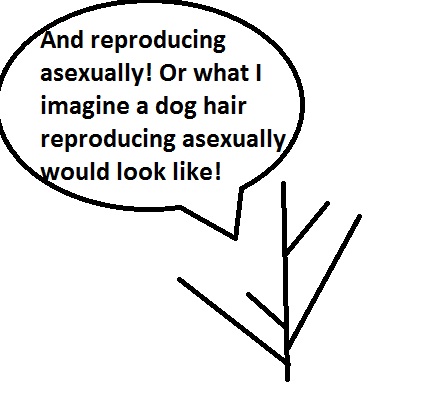 It never used to be this bad. At first, I thought he was shedding so much just out of spite because I refuse to let him eat that uppity cat next door. But then I realized we now live in a place with seasons. Like, four of them. And four seasons means cold and hot. Which means pets gain and lose fur on a regular basis. Which means 94 percent of my life will henceforth be devoted to sweeping.

Not that I’m bitter. 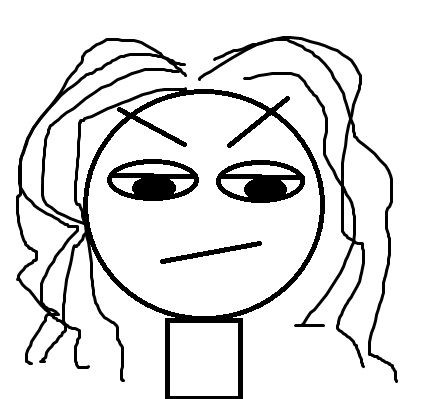 I mean, it’s just EVERYWHERE! Every corner! Every crevice! It gets into the fridge! The A/C vents! The couch! And the last straw…my BOOZE!

Oh, and I’m pretty sure the majority of my major airways. Maybe even the minor ones.

It just floats through the air, with the greatest of ease, settling on everything like a 1930’s dust storm.

And I am at my wit’s end. Which is why, depending on just how many more vodka and cranberry juices I have tonight, Buffy will wake up tomorrow morning looking like this: 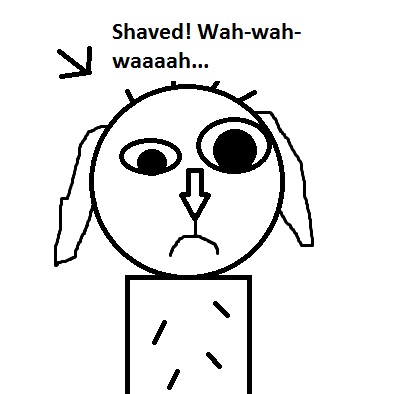