Having daddy issues with Father Winter

So, I don’t know who came up with this whole “four seasons that are equal in length” concept, but they should be fired. Or better yet, fired and then punched in the throat. Or, ideally, fired and then punched in the throat and then stabbed, then shot, then stabbed again, then kicked in the junk, then given a series of purple nurples, then drawn and quartered, and then made to listen to Macy Gray albums over and over again until their ears murder their brain to make the pain stop.

Yeah. Suffice it to say, I’m over winter.

And yet, just like an annoying ex who apparently won’t get the point unless I make a platinum album about our lame relationship, winter is refusing to acknowledge that I’ve moved on and am now much too busy fantasizing about much hotter situations to deal with them.

And the worst part? It’s only January.

Which means winter won’t be moving out for at least a few more months, making for an awkward situation every single time I step outside. 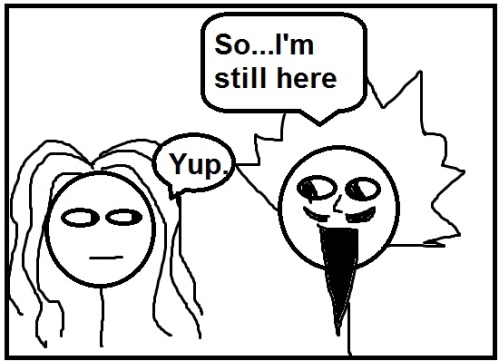 But that’s not even the worst part. I mean…ahem…I’m not as innocent as I look. Growing up in the mid-West, I’ve tangled with my fair share of winters, if you catch my (snow) drift.* So, if it was just the cold and the snow and the sleet and the ice and the wind and the unattractive turtlenecks, I could handle it until spring.

However, winter has started to fight dirty and now I’m not even safe inside my own house. That bastard has turned every single surface into a mini-landmine with my own body serving as the detonator. Suddenly all my light switches have flipped (heh)** into powerful wizards that I have to try to outsmart any time I need some light. And trying to kiss my husband or pet my dog these days ends with a shower of sparks (and not the metaphorical sexy kind…with the whole kissing my husband thing…not the dog thing…just felt it was super important to clarify that).

Or, to sum up, I keep getting shocked.

It’s gotten so bad that I now march, high school band style, from room to room in an attempt to avoid building up a charge. I have become a master at turning on switches with my elbow and closing doors with my arse. Before touching anything that even remotely looks like it could hold a current, I touch 17 other non-electrical looking items, obsessive-compulsive style. And I fully intend to burn all my socks in a ceremonial fire where I call upon the spirits of whatever is the opposite of electricity and trade my soul to them in exchange for a shock-free existence.

And, if that last part should fail to work, I plan to just lay naked in my bed curled up in the fetal position until April.

Oh, and P.S. winter, I was only into you for your holidays. I never really loved you.

Tagged breaking up, father winter, getting shocked, humor, lame relationships, ready for winter to be over, taylor swift, winter weather