You guys, I gotta be honest. I never thought I’d live to see this day. I was mentally prepared for World War III breaking out, or a zombie apocalypse, or Kim Kardashian becoming Vice President.

There I was sitting at the table, filling out Mother’s Day cards, when I realized that not only was I filling out holiday cards on time for the first time in history, but that I also, for the first time in history, had stamps on hand. Not only that, but I had enough stamps on hand to even cover the extra postage required for the extra weight the two tons of glitter that covers every Mother’s Day card added.

This foreign and unnatural act was then followed by paying our bills online. And by paying our bills, I mean just that. Going to each website, seeing how much was owed, typing in that amount, and hitting the “submit payment” button. There wasn’t one single instance of juggling, or robbing Peter to pay Paul, or digging for spare change in the gross crevices of our ancient couch, or awkward text messages to my husband asking “hey, would you rather go three days without electricity or five days without cell phone service?” followed by a gun emoji.

And in perhaps the most convincing sign of the End Times, I sent out the rent check. On time. Early even. With an actual check in the envelope. A check filled out properly instead of “accidentally” putting the date where the amount should go in a desperate bid to buy myself another week and a half.

But it was when I glanced over my To-Do (Hopefully-But-Probably-Not-Before-I-Die) List and realized it was almost empty that the full impact of what was happening hit me. I can’t believe I’m about to say this, and please excuse my language, but I think my husband and I might actually have our shit together.

Yeah. I think that’s what this strange feeling is. It’s having your shit together. I mean, just look at the evidence.

Everyone in my family has had their doctor appointment and are up-to-date on their shots. Even the dog. Speaking of which, the dog has tick repellent on him at a seasonably appropriate time and my husband trimmed his puppy nails before he even got close to the Edward Scissorhands phase.

We took our vitamins this morning, we have a surplus of toilet paper in the bathroom, we have fresh fruit and at least one vegetable in the fridge. We have an actual friggin’ savings account. We bought sturdy wood bookshelves from a grown-up furniture store to replace our cheap death trap bookshelves made mostly of dust and cobwebs. And on any given day our house is clean-ish enough that I don’t have to hide in the bathroom every time the doorbell rings because it’s too embarrassing to even let the UPS dude glimpse at the unholy mess awaiting inside.

I mean, sure, I’ve been adulting for a long time, but this is the first time I’ve adulted so adulty-like. For instance, let’s compare today with a similar day seven years ago.

My mom wouldn’t get her Mother’s Day card until Halloween and only then because I delivered it in person because I never did get around to buying stamps. And mostly I never got around to buying stamps because I really needed the $8 to go instead toward the overdraft fee our bank charged us because I made a student loan payment and bought a Big Mac with super-sized fries that week. Naturally, all the financial stress would wreak havoc with my health but instead of going to a human doctor, I would just Google “weird rash on shoulder that looks like Abe Lincoln” and put some expired yogurt on it because hey, homeopathy is cheap and also I haven’t cleaned out the fridge in three years.

The only time we ever did get our vehicle inspected or make sure our driver’s licenses were up-to-date or that literally anything about our mode of transportation was legal was when we got a friendly reminder in ticket form from our helpful neighborhood policeman. And even then, it took no less than a minimum of five tickets to get our asses in gear. Taxes were attempted at 11:30 p.m. on April 14 and any letters dealing with any kind of insurance or other scary adult stuff were put in the ever-growing “don’t throw away but don’t open” mail pile. Which wasn’t a problem because the pile could never be found because we never cleaned unless someone who had better adult credentials than we did was coming over for a visit. In which case, most of our possessions were just thrown into the tub and we frantically dusted with an old T-shirt while tripping over our dog who looked like a scary homeless mutt on stilts because we never seemed to have time to groom him.

I gotta admit, it’s a great feeling. This shit-having-togetherness. And I look forward to sailing this sea of grown-up tranquility for the next two months. All the way up until my second child is born and everything falls apart again in the savage vortex that is newborn baby caretaking.

Ah, but it was nice while it lasted. 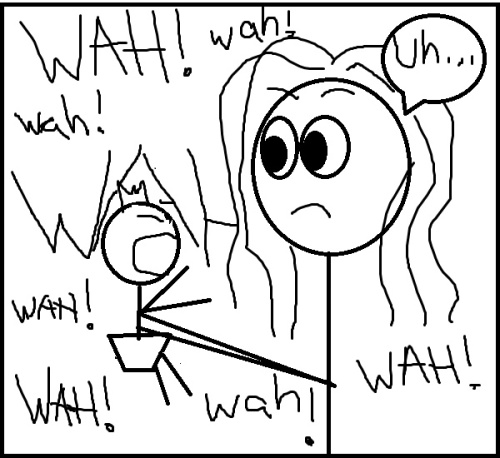 Tagged adulting, adulty mcadultface, fake it til you make it, funny, how to get your shit together, kim kardashian, mother day cards, parenting humor, paying bills like a boss