Funny title, huh? Ha-ha! HA-HA-HA! Oh yeah, LAUGH IT UP, CHUCKLES. My entire life is ruined but I’m glad YOU find it so hilarious.

Oh man. Wow. Sorry, you guys. That was uncalled for. It’s just, I’m exhausted, you know? From all the not sleeping my oldest is doing.

I knew this day would come. I mean, he’s almost 4-years-old. He napped longer than a lot of kids do. And, as that famous Robert Frost poem goes, “nothing gold can stay.” And silence is golden. Right? Or something. So, it has to go away. Eventually. Or something. I don’t know. I’M SO TIRED, YOU GUYS.

But knowing that kids eventually stop napping doesn’t make it any easier to deal with. I also know that kids are messy eaters but that doesn’t mean I also don’t cry a little bit every Spaghetti Wednesday at our house.

So it only makes sense that now that she is finally napping like a normal human baby, her brother doesn’t want to nap anymore because WHY SHOULD MOMMY BE ABLE TO WATCH A TV SHOW WITH CURSE WORDS AND GRATUITOUS NUDITY!?

I need, NEED, that hour or two alone so that I can make it through the day without throwing a tantrum or having a breakdown. Just a small window of time where no one is yelling “MOMMA!” Where no one needs anything. Where no one is being a tiny, nosy, little Sherlock Holmes and asking “Momma, why are you hiding in the kitchen? Are you eating cheese again? Can I have some?” 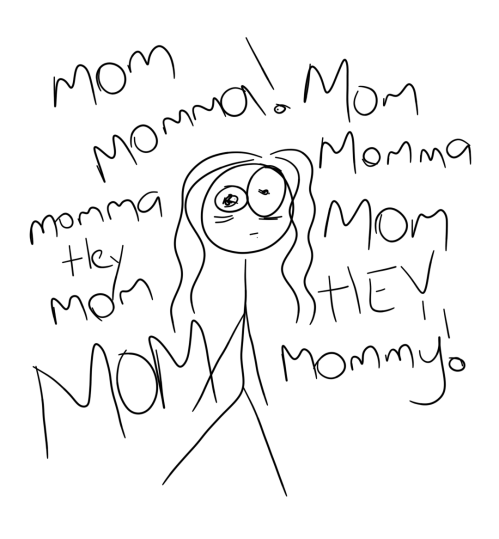 IT’S MY CHEESE! MINE!

I try to remind myself that I should just relax and enjoy these all-too-short early years before they start school and sports and having even more opinions. I mean, I love them so much. Both my kids are amazing human beings and I should really be viewing this, the end of the nap era, as a wonderful opportunity to spend even more time with my oldest baby who is not so much a baby anymore.

But then my kids holler “Momma!” 62 times in eight minutes and destroy the entire living room with a single Go-Gurt and I start crying as I dig through my closet for all the black clothes I can wear in official mourning of the naps’ untimely demise.

At least I have my memories of those three glorious golden weeks where they both napped at the same time and, for the first time in almost four years, I was able to pluck my eyebrow and make two of them again.