Who did I just give birth to?

Numbers are a funny thing, ain’t they?

It all starts with a One who wants to be a Two. So the One finds another One and charms him with her awkward sexual puns and beer drinking prowess. Then, after awhile, the Ones spend a whole bunch of money on ridiculous things like purple tulle and officially become a Two. 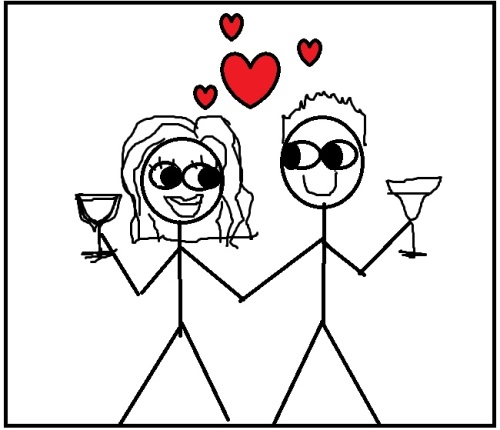 And together, the two of you will build a whole world together.

Eventually, you two will decide, probably drunkenly, to go from a family of two to a family of three. And when you do that, the entire world you built is set on fire and decimated with bombs and then drop-kicked into a black hole by an 8-pound human. Everything changes. Everything. Your house, your habits, your hygiene. Especially your hygiene. Oh…oh, the hygiene. It all becomes almost unrecognizable there for a bit. 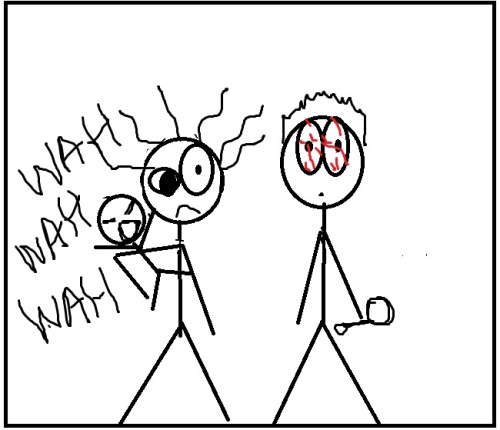 And yet, when you go from a family of three to a family of four, the only thing that really changes is the volume.

And the grown-ups are always yelling at each other in an effort to be heard over the cacophony, but yelling in that very particular parental way that says “I’m trying to avoid having an edge to my voice so as to not provoke a fight but I’m going insane and there is totally an edge to my voice.”

Of course, it’s all worth it (modern parenthood requires I say that). But no, really, it is (and that). Every time you look down into the gorgeous, big-eyed face your lady parts made, you realize you’d do anything for them. You’d walk across fire for them! You’d die for them! You’d get into a 20-minute argument over why M&M’s are not an acceptable lunch and then LOSE that argument, all for your love of them.

But here’s the funny thing. When your kids are really young, you don’t actually know them that well. You’d kill for them, and yet, you honestly don’t know that much about who they are as a person. I mean, you know things like how much they poop and that “Little Einsteins” puts them in a trance-like state for 23 minutes and that if they eat an onion, even the smallest, barely-perceptible-to-the-human-eye piece of an onion, they’ll DIE. But that’s just surface stuff.

Of course, that all changes as they get older. Soon they are able to tell you all their hopes and dreams and fears and favorite Sesame Street characters and long, rambling, pointless stories about a rocketship that has no discernible beginning, middle or end.

But in the beginning (and I might get my Mom Card revoked for saying this) they really aren’t that interesting. Newborns are beautiful and squishy and eternally cuddly and smell amazing and are surprisingly strong. But it’s not like the little critters are known for their sparkling conversation and dazzling wit.

For example, here is what I definitively know about my newborn daughter:

Oh sure, people are always attributing personality traits to her, myself included. According to the doctor, she’s tall for her age, so naturally she’s going to be an athlete. She loves to eat, which obviously translates into a hunger for life and adventure. Her hair grows in a Mohawk shape so she’s also clearly a feminist punk rock star.

We do this because otherwise we’d have to admit that during the first month of their life, our precious little angels are really just glorified drooling meatbags (shout-out to my friend Elaina for that fantastic description that I just blatantly stole).

It’s not just with my daughter, either. All this upheaval in our lives has also made me realize I don’t know my toddler nearly as well as I thought I did. For example, I was previously unaware that his favorite method of protest to any big change is a hunger strike. I also didn’t know that it truly doesn’t bother him to sit in a highchair for three hours staring at me over a plate of uneaten spaghetti.

Nor did I know that he is not, in fact, a big fan of babies. (However, he has gone from poking his sister with a stick to petting her like a dog, so…progress, I guess).

Yet, I still love these tiny strangers with a depth and fierceness I didn’t know was possible. And hey, let’s be honest. What do these kids really know about me so far? To the one I am merely Milk-Giver at this point. And to the other, I transformed from Momma, The Greatest Human Being In The World into The Betrayer Who Brought Home The Screaming Hairless Puppy.

Luckily, we have the rest of our lives to get to know each other.

2 responses to “Who did I just give birth to?”