A Statistical Analysis of my Toddler’s Vocabulary 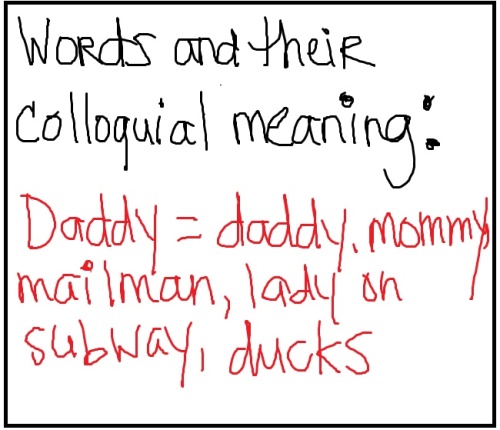 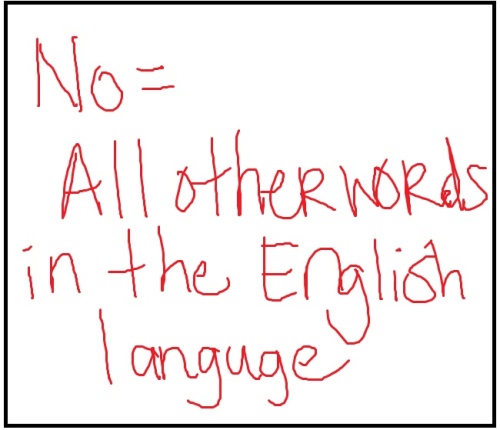 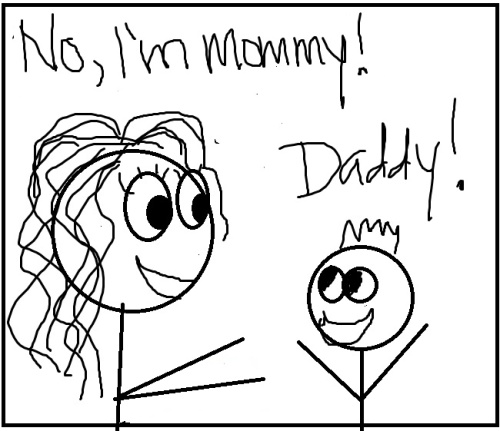 I’d like to apologize to my mom for the following…

So, it was Mother’s Day this past weekend. Which means that all of us (minus the majority of reality TV stars, whom I’m praying were the result of some government cloning experiment gone terribly wrong and thus don’t have mothers) spent the day sucking up to our moms and giving her useless gifts like cards covered in three tons of glitter and stuffed bears that sing annoying songs.

But considering everything my mom had to put up with (and all the toxic fumes from the constant hairspray cloud hanging around my teenage head she had to breath in), I’d like to take this holiday a step farther and give my own mother something she really wants:

Validation that she was pretty much always right and overdue apologies for a wide variety of infractions.

And so, Mom, first and foremost I’d like to apologize for my birth. Because I am a mom now. And I now know you weren’t exaggerating when you compared the pain to pulling your lower lip over your entire head.

Then there was the Great Tomato Standoff of 1986. That’s three hours of waiting for me to eat a vegetable you’ll never get back.

Oh, remember when you signed me up for that second year of ballet and it was only after you had paid for the entire year and bought me three new tutus that I announced I no longer wanted to do ballet? That was fun, huh? Oof. Again. So sorry.

Let us also not forget The Great Brownie Lie of 1990, when I blamed the missing brownie piece (of the pan of brownies you SPECIFICALLY told me NOT to eat) on the dog. Oh, and that time when I was 14 and called you a very bad word under my breath (which didn’t stop you from hearing it) on the phone because you wouldn’t let me pierce my eyeball and tattoo my tongue.

Actually, now that I think about it, I apologize in general for 1996.

All those times I told my brother he was actually an alien baby from Uranus (heh) that was dropped off on our doorstep and they would be coming back for him any day now, I…well, I’m not exactly sorry for that because I still find it HILARIOUS, but I do own my part for his current crippling phobia of UFO’s.

That time I got busted for drinking a Zima when I was 17? So dumb. And again, so sorry. And yes, you were right. If I was going to get busted for underage drinking, it should have been for a less embarrassing drink.

And lastly, for all those birthdays I got you a “coupon book” (Good for one free hug!) because I was too cheap to buy you an actual gift. Which is why you are getting a semi-fancy retirement home that is only occasionally accused of elderly abuse.

There’s so many more I could add (but let’s leave the majority of my juvenile record out of this now that most of it has been expunged).

I love you, Mom. Thanks for letting me be me (even when being me included talking on the phone with my BFF for, like, three full hours about how amazing Brad Pitt’s hair was “Legends of the Fall”).