My husband once told me that what I do is like magic. He came home from a long day of work, put his stuff down and suddenly noticed that the formerly gigantic haphazard pile of mail that had littered his desk was now in nice, neat, organized stacks. How did that happen? he wondered. For that matter, what happened to all those dirty dishes? And when did those formerly filthy street urchins living in our home become the squeaky clean von Trapp children?

Oh, he told me, it must be magic. Mommy magic. The thousand little things I do daily to keep this family ship from running aground.

It was one of the best compliments I’ve ever received. He truly saw what I did when no one was looking and sometimes, as a parent, that’s all you want at the end of yet another long day (besides a glass of wine the size of your face).

But dads have their own particular magic. And so, for this upcoming Father’s Day, I wanted to let him, and all the other dads out there, know that what you guys do each and every day is noticed and appreciated and loved.

Like, for instance, how on any given family adventure, dads are the shoulder ride mules, the piggy back stallions and the sleeping toddler plowhorse, wrapped all into one.

They are the bad joke tellers. The world needs bad jokes and dads across this great nation of ours have heroically stepped up to the plate, never wavering in their devotion to that post-joke groan. 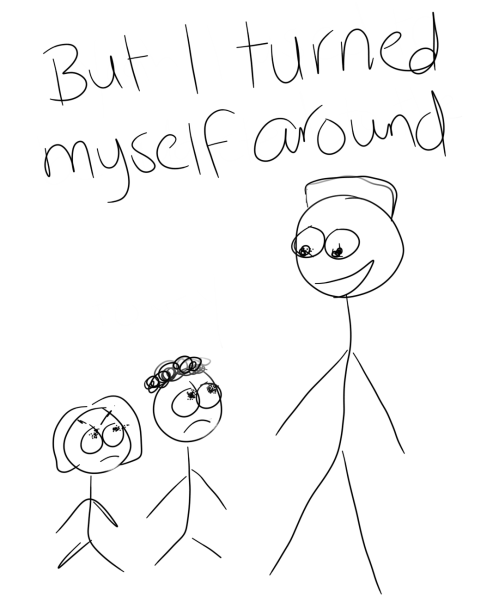 You want grilled meat for dinner? Don’t worry. Neither snow nor rain nor heat nor gloom of night stays these former cavemen from their appointed duty of artfully charring animal flesh. And they will be wearing some pretty snazzy cargo shorts while doing it. Yes, even in the winter.

They are the pool throwers. If there is a pool with children in it, nine times out of ten there is a dad in that pool who will spend the next 90 minutes hurling children down into the water with a giant splash. They do it to their own children, and your children, and all the random children who show up and get in line to also be thrown. No one knows who these kids are but it doesn’t matter. These dads never deny a kid a good throw. And these dads never complain. Even when their shoulders ache and their back is screaming.

They are always willing to do battle…with customer service. They will spend hours on hold, sometimes even holding two phones to their ears (a move my husband calls “insanity in stereo”) in order to finally talk loudly at another human being because, at this point, it’s really just the principle of the thing.

They are the mice hunters (and dead mice thrower-awayers). They are the spider smooshers and the snake beheaders. The “WHAT THE HELL WAS THAT THING!?” investigators. And, in many cases, the “we are not getting a dog” nay-sayers who end up loving that ridiculous ball of fluff more than anyone.

They are the illicit snack giver, ruining tiny appetites before dinner because, hey, ya gotta let them babies live a little.

They are the turkey carvers and the toy assemblers and the resigned wearer of the Jabba the Hut suit in the family Star Wars Halloween costume.

They are the big, over-the-top, baritone finish at the end of every Happy Birthday song.

They are tall and short, thick and thin, tattooed and tie-wearing. They are the men who are gentle enough to cuddle with a newborn and brave enough to change a sick toddler’s diaper and strong enough to fix any boo-boo and loving enough to let their toenails be painted and wrestle on the floor no matter how exhausted they may be.

And we love them.

Thanks for all the magic, boys.