Snot so funny now, is it? 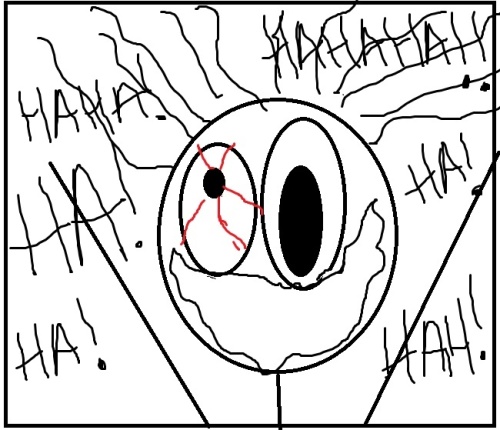 Winter is officially dead. Ha! Burn (freeze? freezer burn?) in hell, you frosty bastard! Or have fun torturing New Zealand or wherever it is you go now. Whatever. I’m not a freaking meteorologist. All that matters is, mild though you were this year, you are now someone else’s problem and no longer able to slightly inconvenience my life with your annoying freezing rain and your wind gusts that hurt my teeth and ruin my already pathetic hairstyle.

In fact, I’m so happy spring is here, I don’t even care that it’s causing me to slowly drown in a tsunami of toddler snot.

Yes, as it turns out, when two people with allergies fall in love and get drunk on the second cheapest wine on the menu, they end up nine months later (or 10 months and 9 days, in SOME cases) with an adorable, tiny, little Poindexter. And for the past three weeks, this certain adorable, tiny, little Poindexter’s face has been covered in gooey fluids. It’s just…everywhere. Like a slow-moving avalanche of liquefied boogers. Like a pint-sized mucus mudslide. Like a miniature green flood that was foretold in some tiny weather Bible for beginning readers.

It’s so bad, in fact, I drew you a picture so you could get the full effect. But don’t worry. I added some fancy yet subtle artist tricks to make it safe for work. 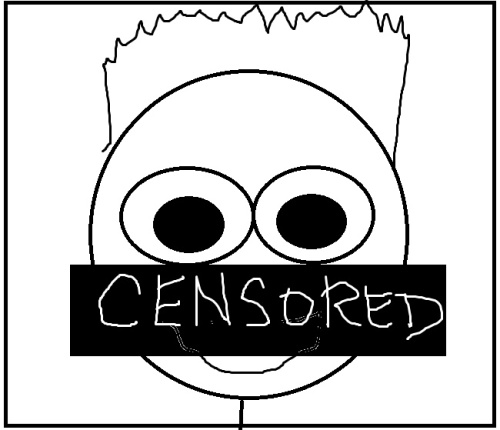 But, as disgusting as it all is, I’m not going to complain. Nope. Not gonna. Because I spent pretty much the whole winter complaining about how I couldn’t wait for spring. About how snow and ice were thisclose to driving me into a homicidal rage. About how I would sell my first born for just one day above 30 degrees (I wouldn’t, of course. Calm down. I didn’t even have any offers. But still, it shows you how serious I was).

So, no. No, I’m not going to complain about how whatever is in the air this long-awaited spring is turning my son into Slimer from “Ghostbusters.” Nor will I complain about how it’s damn near impossible to teach a young kid (especially one who just recently learned that a fork is used to shovel food into his mouth hole as opposed to sticking it repeatedly into Mommy’s eye) how to wipe his own nose. As it turns out, you can lead a stuffed up horse to a tissue, but you can’t make him blow.

Nor will I say anything about the time my son sneezed directly into my mouth.

Or about how, although he is clueless as to the purpose of an actual tissue, he did deduce Sherlock-style that mom’s pants make a great place to deposit your snot. (Added bonus, the couch and the dog also work as fantastic snot depositories).

Or even about how he is so stuffed up that when he’s eating, he has to make a vital choice between chewing and breathing because he can’t do both at the same time.

So yes, I won’t complain. Absolutely not. Because it’s spring, you guys! Finally!

I mean, think of all the opportunities this opens up. I can take my baby to the playground again. Where he can exchange his disgusting snot with tons of other disgusting snotty-nosed little kids.

I can take him to the park, where he can more fully breathe in the toxic, pollen-saturated air that makes his face puff up and makes him talk like every stereotypical nerd character from an 80’s movie.

We can have a picnic, where we can hopefully attempt to eat in the few seconds in-between sneezing and blowing our noses and wiping our watering eyes and coughing up pollen.

So, as I said, I will not complain. Nope. Because after a long, dark winter, it’s finally time to stop and smell the flowers.

And then wheeze and hack and sneeze and wheeze some more because whatever is in said flower makes our sinuses go nuts.