I regret a lot of things. The fringe vest I wore for my seventh grade school photo. That time I asked for a “pixie haircut” and instead spent half of my junior year in college walking around with a mullet. Pretty much all of 2004.

But in the seven months that I have been a parent, I have never once regretted my decision to bring a loud, tiny human into this world. Not even when he projectile pooped onto my hand. Not even when a too vigorous game of “Super Baby!” led to him puking directly into my mouth.

Not even when I spent an entire night awake lying on the floor of a hotel while Riker slept on my chest because it was the only place he would fall asleep in that strange room (and I was too afraid to lay in the comfortable bed for fear of falling asleep and rolling over and crushing out his little life with my gigantic milk boobs).

Or, to be more accurate, Thursday Mucousy Thursday. (And you are welcome for THAT visual).

Yes, on Thursday, I was sick. Nothing too serious. Just your typical “I’m going to lay here on the floor until I die” illness. Nothing I couldn’t handle. Except that this was the first time I had been sick while also legally responsible for keeping a baby alive, which is harder than you think considering all babies are born with an innate death wish. As far as I can tell, once kids pass the six-month mark, all their bodily effort goes into trying to fall from high distances onto the floor so that they can eat whatever object it is on the floor that is guaranteed to choke them.

(I’m assuming this death wish is also why my son tries to stick his fingers into the mouth of whatever super scary person I am sitting next to on the subway). 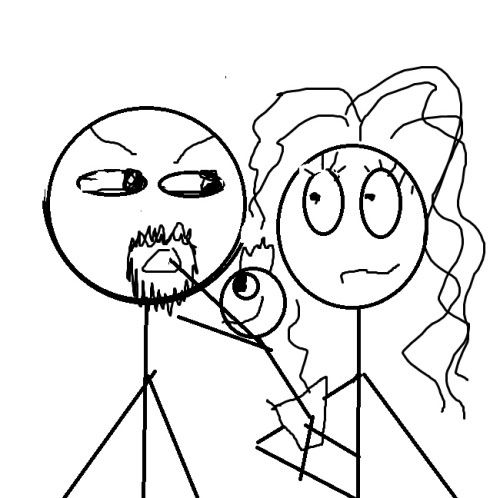 Now, I don’t know if you’ve ever had to take care of a baby while sick or hungover or while missing a vital limb, but if you haven’t, let me elaborately describe it for you using all my writerly tricks I’ve learned over the years:

It sucks so hard, you guys.

And mine was just your average cold combined with typical parental sleep deprivation. It’s not like I had the flu or Ebola or that mysterious disease I always came down with on Mondays when I was in high school that forced me to stay home and miss out on wonderful educational opportunities such as a chemistry test.

Still, when it takes all your physical, emotional and mental energy and focus to take care of a child, even losing one-fourth of that energy and focus to a cold is devastating. Because the kid still needs fed, needs changed, needs 52 games in a row of the peek-a-boo-esque “Where’s Mommy!?!”. And worst of all, that cold is not going to stop your baby from rolling directly under the gigantic, non-flat screen TV and kicking it with his surprisingly strong legs (because “Tempting Fate!” happens to be his second favorite game right after “Where’s Mommy!?!”).

We managed, of course. Because you have to. Because somewhere underneath all that phlegm and mucous is the maternal instinct, still operating, still forcing you to care where your baby is at all times. But it wasn’t easy. That day falls in-between the “all-day high school track meet where it was 34 degrees and my uniform was a glorified swimsuit” and “driving ten hours to New Orleans with a champagne hangover the day after my wedding” on the Hardest Day Of My Life So Far scale.

In fact, we spent most of it lying on the floor, him repeatedly trying to roll over to the dog so he could pull all of Buffy’s hair out and then eat it and I holding haphazardly onto his leg while convulsing oh-so-sexily with wet coughs and sneezes.

The low point, by far, was when I handed him his Fisher-Price hammer and begged him to kill me with it.

“You can claim self-defense! People read my column! They already suspect me of being an unfit mother! Plus, no jury in the world would convict you what with a face like that! Just do Mommy this favor. Put me out of my misery.”

I’m pretty sure he would have done it too, if he wasn’t distracted by a sudden, overwhelming need to try to fall out of his high chair so he could eat the candy wrapper on the floor.

I still don’t regret having my son. But after Thursday, I do regret my lack of independent wealth so I can hire someone to play “Where’s Random Caretaker!?!” with my son while I ride high on a Nyquil train to All-Day Sleepytown when I’m sick.

This entry was posted in Family, Humor, Parenting and tagged babies have death wish, dealing with sick kids, ebola, funny, hungover mom, sick baby, sick mom, taking care of your baby with a cold, things I regret. Bookmark the permalink.