It takes a bunch of village idiots to raise a child

When I was a kid, my greatest achievement was being the undisputed champion of the game “Don’t Touch The Ground” in my aunt’s pool from 1989 to 1992. If you’ve never played this game, let me assure you that it takes a level of strength and fortitude generally not found in many 8-year-olds and consists of many complicated rules, such as swimming around the pool without ever touching the ground.

A great achievement, to be sure (I mean, the pool was only four feet deep), but eventually I grew up and replaced those childish measures of greatness with more mature ones, such as winning the 2002 King of the Wing buffalo chicken eating contest.

And then this year I gave birth to my beautiful son without running away halfway through, buck naked and screaming “I changed my mind, I don’t want to do this anymore!” And that, naturally, blew everything else I had ever done out of the water. 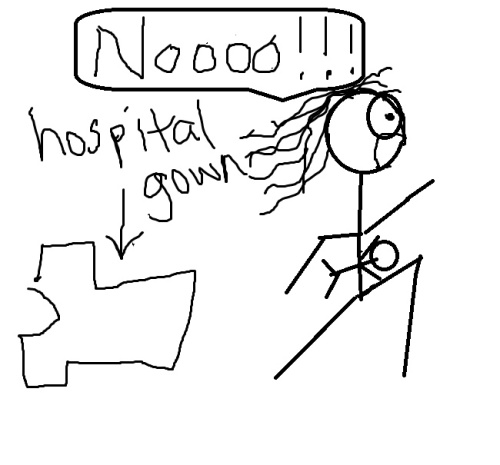 But all those things were nothing compared to last week, when I accomplished the most epic achievement of my entire lifetime:

Taking my 3-month-old on an airplane by myself and it not ending with:

Truth be told, he was actually great on the plane, sleeping almost the entire time. Which would be wonderful news to any parent who wasn’t a humor columnist banking on the experience being so awful she’d get at least three columns out of it.

So, anyway, the reason I took my baby, who always manages to lose one sock and only one sock, by the way, was to show him off to my extended family. You know, thrusting him up in the air Lion King-style as they all ooh and ahh. Because for some reason, once your uterus creates a face, you want to show off that face to as many people as humanly possible.

And show him off I did. To aunts and uncles. To cousins and second cousins and cousins nine times removed. Not to mention friends and friends of friends and Jerry, the drunk guy at the bar (and never you mind why I had my baby in a bar in the first place…Mr. Nosypants).

And you know what I discovered? My husband and I had been going through the highs and lows of parenthood on a virtual island. With no family members close by and no network of parent friends yet, we were the blind leading the blind leading the tiny, angry human who won’t stop cry daily from 7 p.m. to 8:30 p.m.

But after six days surrounded by fellow parents, I discovered, among many other nuggets of wisdom, that:

Simple things, really. But when it’s just you and your spouse trying to figure it all out, these little things can make all the difference in the world. Because it does take a village to raise a child, even if that village is full of fellow idiots.

This entry was posted in Family, Humor, Parenting and tagged funny, I feel like a bad parent, it takes a village to raise a child, lion king, parent groups, taking babies on planes, traveling with babies, village idiot. Bookmark the permalink.