Nesting is for the birds (see what I did there?)

I’ll be honest. I didn’t think it was true. I thought it was just another one of those pregnancy myths, like you only gain weight in your stomach (you don’t). Or that your husband will actually run out at 3 a.m. to get you a taco (he won’t). Or that pregnancy is in any way enjoyable (it’s not…although it might be if “someone” would get me tacos in the middle of the night…HINT, HINT, Ryan).

But then a few weeks ago I innocently went to pick out a new book to read and, well, this happened: 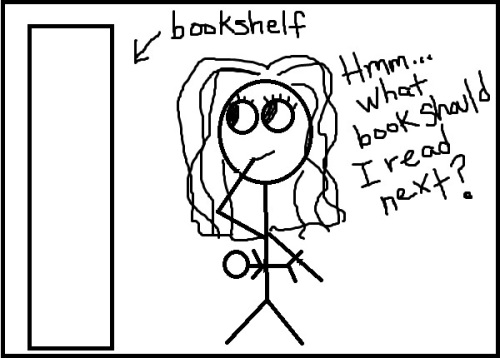 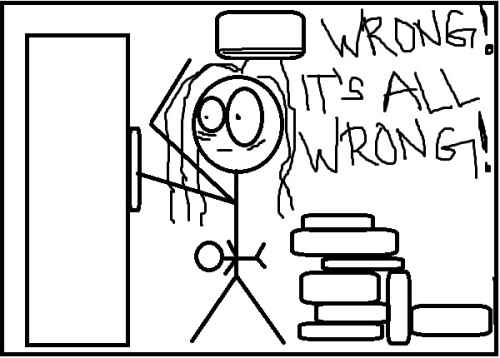 Five manic hours later, every single book I own, which is not an insignificant number, had been taken down, cleaned, mentally recategorized and put back on the shelves using a system that made absolutely no more sense than the original system. Some books were organized via genre, some by how much I thought the authors would get along (Mark Twain and Dave Barry would totally have started a bromance) and some by how smart I thought they made me look.

Needless to say, it was a system that would have made any librarian’s head spin around, Exorcist-style, and then explode.

But despite the fact that it didn’t make any sense and that it didn’t actually need to be done, I couldn’t help myself. I HAD to do it. It was a compulsion. A compulsion no less powerful than what I imagine compels my dog to roll around in dead things on days when I am running late for something.

Yes, I had apparently unwittingly begun the phase of pregnancy known as “nesting.” Generally, nesting is when a pregnant mother feels the overwhelming desire to deep clean her home and prepare said home for the imminent arrival of her baby. As I discovered, pretty much all expectant mommas go through this, from animals tearing up newspapers and birds building actual nests, to human women who scrub their entire house with a toothbrush and then organize their spice rack alphabetically.

But in my case, my maternal instincts told me I couldn’t have a baby in a house where the books were shelved all willy-nilly. Never mind that there is food in my fridge that expired in 1997 and the bathroom tub hasn’t been scrubbed since I could wear pants with buttons. Oh no. No, it was far more important that my home be a home where Dorothy Parker took her rightful place beside Robert Benchley.

Luckily not all is lost for this kid. Because while his mother is currently about as useful as a fish with a bicycle, he has a father whose instincts are actually geared toward keeping his tiny butt alive.

For example, that following weekend my husband spent hour upon hour putting together the crib, the changing table and rocking chair, organizing all the tiny, tiny clothes by size and cleaning out our attic of all the useless crap that not only did we not need, but no one would ever need in their lifetime, to make rooom for all the new baby crap we would actually need. I watched him, mesmerized, as he did thing after thing that would, you know, actually be helpful once this little bladder-kicker was out in the world.

He was doing the male version of nesting. Or, as I like to call it, “mesting.”

Not that I was completely useless during this time, mind you. I helpfully did things like hold up random tools while saying “this one? this one? this one?” when he asked for a Phillips head screwdriver. And I put together a mobile for the crib all by myself. Granted, it doesn’t work now, but that could be for any number of reasons.

It just goes to show you, everyone approaches parenthood differently. But believe you me, someday that kid will be OVER THE MOON about the fact that all the Stephen King books are not only together on the shelf, but stacked chronologically.

3 responses to “Nesting is for the birds (see what I did there?)”