Fun mind games you can play at home

No matter how strong your relationship is, there will come a time when your love is put to the test. And this moment will come when you least expect it. It could be next Tuesday. Or a Saturday two months from now. But it will happen. And it will happen right before dinner time. And it will go down just like this:

MAN: What do you want to eat?

WOMAN: Oh, I don’t care. Whatever you want.

WOMAN: Whatever is fine.

WOMAN: Why are you freaking out? It’s just dinner. Pick something already.

WOMAN: Ugh. We just had that three weeks ago.

Why do women do this? More importantly, why do so many women do this? Did we all get together at a super secret meeting and decide to do this as punishment until the female-male wage gap is closed?

That’s none of your goddamn business. 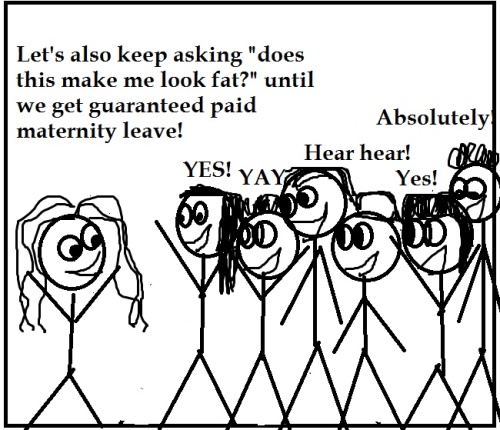 The point is, many, many females are guilty of this. I’m one of them. So, while I can’t speak for all women who do this, I can try to explain why I have done this.

Still with me? No? Alright, let me break it down for you. See, I can’t just SAY tacos. Because today I’ve already eaten scrambled eggs, sausage, THREE pieces of toast, a gyro, half a bag of peanut M&M’s, three chicken nuggets off my toddler’s plate, seven of his French fries, the rest of the peanut M&M’s, and a gigantic tub of Starbucks frappuccino that is basically caffeine-infused, semi-melted ice cream.

So, clearly, I can’t suggest tacos. Because I should eat a salad and run five miles instead. But I don’t want a salad and I don’t want to run five miles. I want tacos. But, again, I want YOU to suggest tacos and then I will reluctantly go along with it, much like a hostage forced into a cheesy, melty, crunchy corn shell prison they have to eat their way out of. That way none of the blame can fall on me. Because I’m already feeling like a Fatty McFatterson and society has told me since practically birth that the worst thing a white woman like me can be is fat.

So, to sum up, what do I want to eat? Tacos. Which I will never, ever admit. Because regardless of my size, I will always feel guilty when it comes to food. Which is why I have to do a series of infuriating mental games in order to eat in peace. Which is why I will shoot down every single suggestion you make until you finally land upon tacos or we both of starvation.

And which is why, while you think asking “what do you want to eat?” is the simplest question in the world to answer, to me it’s loaded with deep, dark psychological land mines.

Which is why there are never any winners in this particular argument.

Of course, not ALL women do this. I’ve heard many wonderful tales of females who have refused to give into these ridiculous and impossible standards of the perfect body ideal and can eat food without guilt and self-loathing. And if you happen to find one of these ladies, one not hung up about food, hold onto her. HOLD ONTO HER AND NEVER LET HER GO. Buy her tacos and feed them to her like a servant feeding Cleopatra grapes.

And then send her over to my house so she can slap my face and tell me I’m beautiful and to knock it off with this body image bullshit.

3 responses to “Fun mind games you can play at home”